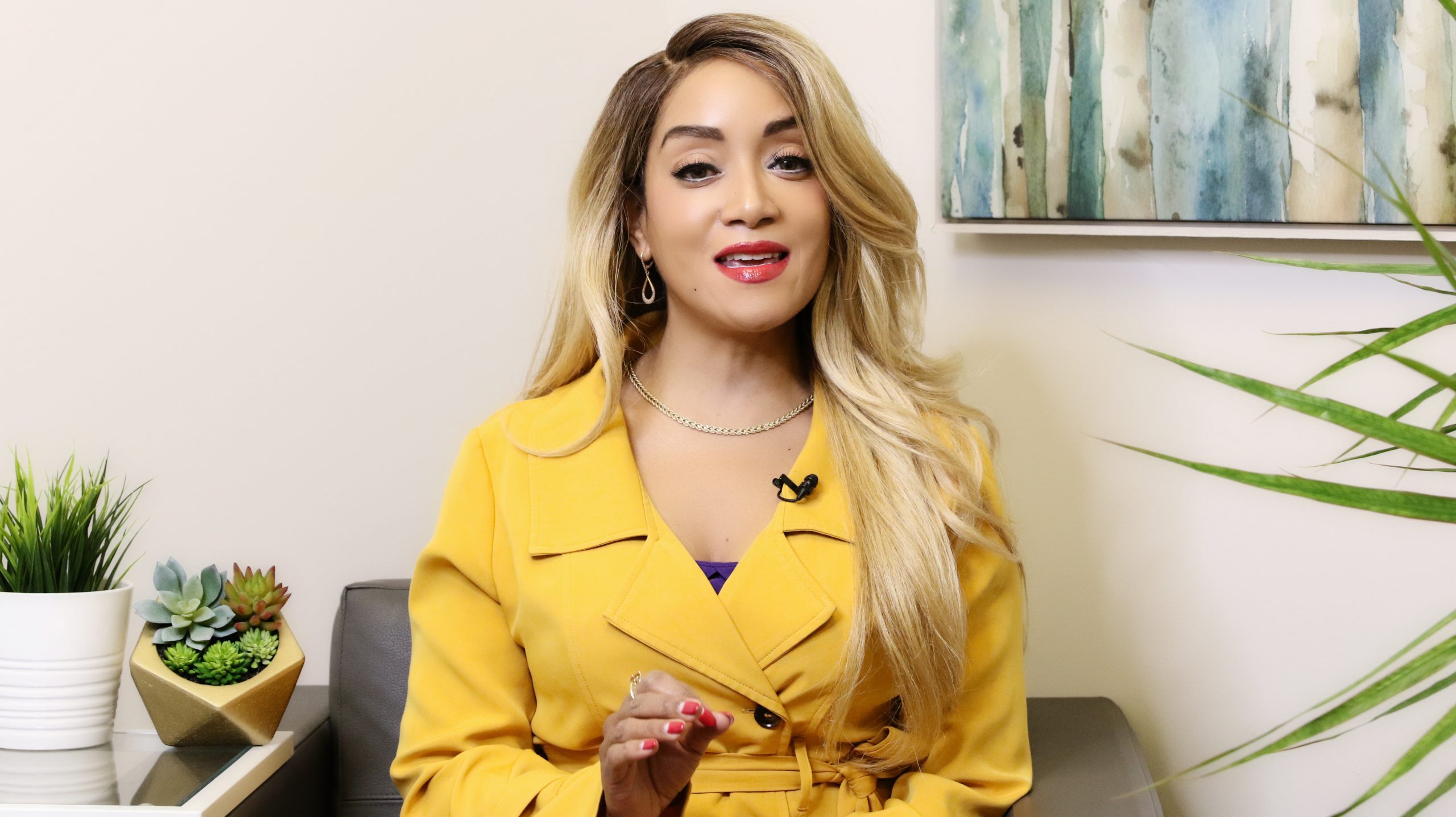 ‘Becoming a parent is one of the most exhilarating joys and one of the happiest moments of life! To touch, hold, and breathe in the delicate scent of a little baby of your own creation… no words can truly capture the rapture one feels in every cell of ones body when that day arrives!’

Unfortunately today, more and more couples are having difficulty getting pregnant. A baby from their divine Love is something many couples have shared with me is what they desire more than anything. But many couples are not aware that achieving a natural pregnancy is possible without using harmful fertility drugs.

How to get pregnant, and how to stay pregnant, is a specialty of mine I’ve helped couples with, with a 100% success rate, as of this very moment, for the past close to 22 years I’ve been in practice.

A naturopathic fertility treatment for women and men is what I offer in my new book as the best fertility treatment a couple should consider to have the tiny, precious miracle they so wish for. And yet, this book is also for All those who desire to obtain a healthy reproductive system and a balanced body. Allow me to help you on this loving journey. ~

Get your copy today of my labor of love

Introduced to natural medicine at a young age by her mother, Dr. Julissa Hernandez became imbued with the passion to help others. Natural medicine would be the tool she would use to carry out what she feels is a deeply embedded life mission: To Serve.

As a child, Dr. Julissa learned from her family if there wasn’t enough money for prescription medicine, alternative methods such as simple teas made from herbs and roots helped the body heal. That cursory knowledge ignited a fiery curiosity to look up an array of herbs and roots in the encyclopedia to learn their healing properties. She read voraciously and while still in high school, attended natural health courses alongside her mother. This excitement eventually led her to begin her university education at New York University, CNHP certification as a Certified Natural Health Professional from The National Association of Certified Natural Health Professionals, Inc., and a degree as ND – Naturopathic Doctor and designation of Doctor of Naturopathy from Trinity School of Natural Health. Dr. Julissa is a BCND, Board Certified Naturopathic Doctor certified by ANMCB, American Naturopathic Medical Certification Board, and a member of ANMA, American Naturopathic Medical Association.

With rewarding career achievements as a well-known public figure in the world of natural medicine and natural health, Dr. Julissa’s first office opened May 1, 1995. She has been recognized as a prolific author, international speaker known for her blunt, direct approach in regards to empowering people to experience an epic health journey. Her long-awaited first book, The Naturopathic Approach To Fertility, is available on Barnes and Noble, Mango.bz, Books A Million, and Indie Bound, in both English and Spanish editions.

A master in her field as a Board Certified Naturopathic Doctor, Sexual Health Expert and Holistic Iridologist, she founded The Natural Health Center Inc. on Park Avenue in New York City as her home office to consult patients. She now has availability with offices in numerous major cities throughout the United States and abroad in which to personally consult patients that desire her services and require her to travel for an appointment.

Dr. Julissa is in demand by the media and is a principal keynote, motivational, inspirational, national and international speaker at health conferences and conventions, in English and Spanish. She has spread the message of natural health to the world visiting numerous countries such as China, Mexico, Dominican Republic, France, Greece, Spain, Turkey, Switzerland, Italy, and many more. She is a television and radio personality of various well known programs including being the official resident Naturopathic Doctor for 9 years of what once was the nationally syndicated radio show, ‘The Michael Baisden Show’ on the weekly segment ‘Your Body Is Your Temple’; has been a continuous special guest of national and international television, radio & media including: Telemundo Ch. 47, Univision Ch. 41, Activa FM 91.9, El Especialito – Newspaper, Blog Talk Radio, Wealthy Sistas Radio, Ch. 35 on ‘El Show De Minerva’, Santo Domingo, Dom. Rep. television show ‘En Consulta Abierta’, NSP’s morning show ‘Despierta Sunshine’, and Survival Radio Network. Currently, since 2013, Dr. Julissa is featured live as the official resident Naturopathic Doctor of two radio shows, ‘To Your Good Health Thursdays’ on WGLRO Radio and, ’Sexual Health Talk Podcast’ on SRN LIVE TV / Source Radio Network.

These days, from being an Ambassador of the Sunshine Heroes Foundation, to contributing to various charities, such as Food For Life Vrindavan in Vrindavan, India, Impact Foundation through NSP, and Holy Apostles’ Soup Kitchen in New York City, to supporting students in school events, and everything in between she does to serve her fellow man and woman, Dr. Julissa feels she has only just begun. “I am infinitely thankful that the desire for healing through natural medicine is spreading worldwide. This is a chance for people to take health into their own hands with an opportunity to prevent disease, create body balance, and healing. This is a chance for people to educate themselves to understand the difference between conventional tragic medicine and alternative healing medicine. Choosing one or the other, or using both complementarily, is possible when one educates oneself to know what will best serve them. Educating oneself and utilizing that knowledge is the key to divine health.”

Dr. Julissa was awarded, recognized, and still is the youngest recipient to date of the Ed Bashaw Spirit of Sharing Award, twice awarded, and the youngest recipient to date of NSP’s President’s Trophy, and was bestowed in 2009 the title of youngest female National Manager in the United States in the history to date of NSP. She is a contributor of The Sunshine Health Freedom Fund, devoted to maintaining and expanding health freedom for all Americans through education and public awareness.

Dr. Julissa has been called the modern day herbal authority on overall health, sexual health, and male and female reproductive system health. Referred to on many public platforms as picking up where the renowned sex therapist, Dr. Ruth left off and adding her own “ EPIC Health focus spin”. Additional concentrations in her practice include emotional well-being, anti-aging, and beauty. She is available as an inspirational speaker on the subjects of sexual health, herbal medicine and natural health, and by appointment on an individual basis.

Dr. Julissa offers a variety of holistic services and sees patients in her midtown Manhattan office, and other national major cities . If you are not located in the New York metro area, travel arrangements can be made to see her in an office near you. Dr. Julissa is also available for phone and Tele-Health video consultations.

1. Holistic Iridologists see the eyes as windows into the body’s state of health. Known as an alternative medicine technique, iridology examines patterns, colors, and other characteristics of the iris. Iridology is highly accurate, mainly because the predisposition of people’s energetic values and vitality in certain areas of the body correlate with the iris nerve wreathes. The results from the iridology exam are matched to an iris chart, which will distinguish between healthy organs, and those that are overactive, inflamed, or distressed. Iridology findings demonstrate a patient’s susceptibility towards certain illnesses, reflects past medical problems, and predicts later health problems.

1. Biorhythms predict various aspects of a person’s life through simple mathematical cycles. A person’s life is influenced by rhythmic biological cycles which affect one’s ability in various domains, such as mental, physical, and emotional activity. These cycles begin at birth and oscillate in a steady fashion throughout life, and by monitoring them a person’s level of ability in each of these domains can be predicted daily. In your session with Dr. Julissa, she will plot your chart so you can predict high and low days that began on the date of your birth.

a. The Physical Cycle
The physical cycle lasts for 23 days and will affect your physical condition. During the high cycle, you will feel more vigorous and have more energy. On the minus side of your cycle, you will be in a recuperative state and may tire more easily.

b. The Emotional Cycle
The emotional cycle lasts for 28 days and governs the nervous system. During the high cycle, one is inclined towards optimism and cheerfulness. Creativity, love, and cooperation are favorably influenced. During the low end of the cycle, you are more inclined to be irritable and negative.

c. The Intellectual Cycle
The intellectual cycle spans 33 days. During the high cycle, your mental responses are more alert, and you are able to absorb new ideas quickly. Throughout the low cycles, your capacity to think may be reduced and you should put off making important decisions.

Dr. Julissa recommends a specific nutritional food guide according to your health concerns. Every counseling session is custom tailored for each patient to balance their body quickly and safely.

An individualized healing therapy regimen of herbs and natural supplements is outlined. Every regimen is custom tailored for each patient to balance their body quickly and safely.

Traditional Chinese Medicine (TCM) is known to treat emotional and physical health concerns at the same time. TCM was developed in China and is based on ancient traditions which date back over 5,000 years. TCM’s view of the body places little emphasis on anatomical structures, but is mainly concerned with the identification of functional entities (which regulates digestion, breathing, aging, etc.). While health is perceived as harmonious interaction of these entities and the outside world, disease is interpreted as a disharmony in interaction. A TCM diagnosis includes tracing symptoms to patterns of an underlying disharmony by inspecting basic physical attributes such as hair, skin, eyes, etc. and the eating and sleeping habits of the patient.

‘You should not have to be convinced to be well. Decide To Be Well.’
~Dr. Julissa